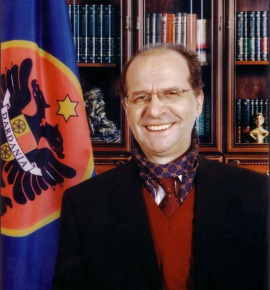 Ibrahim Rugova was born on December 2, 1944 in the village named Cerrcë, in the municipality of Istog. On January 10, 1945 the Yugoslav communists shot his father Ukë and grandfather Rrustë Rugova, who had been famous fighter against Chetnik bands who were penetrating into Kosovo during World War II.

Ibrahim Rugova finished elementary school in Istog and secondary school in Peja in 1967. He graduated form the Faculty of Philosophy - Department of Albanian Language and Literature in Prishtina. During the academic year 1976-77 he stayed in Paris, at the Ecole Pratique des Hautes Etudes, under the supervision of prof. Roland Barthes, where he attended his scholarly interests in the study of literature with a focus on literary theory. He defended his doctorate dissertation in the field of literature at the University of Prishtina, in 1984. In 1996 Dr. Ibrahim Rugova was elected correspondent of the Academy of Arts and Sciences of Kosovo. At the beginning he was editor of the student newspaper “Bota e Re” (New World) and of the scientific journal “Dituria” (Knowledge) (1971-72), which were published in Prishtina. A while he worked for the newsletter “Fjala” (The Word). Then, for nearly two decades, Dr. Ibrahim Rugova conducted his own scientific activities at the Institute of Albanology as literature researcher. For a time he was chief editor of the magazine “Gjurmime Albanalogjike” (Albanological Tracking) of this Institute. With literary creativity he was engaged from the early sixties.

Dr. Ibrahim Rugova, in 1988, was elected chairman of the Kosovo Writers' Association, which became a powerful core of the Albanian movement, which challenged the Serbian and Yugoslav communist rule in Kosovo.

Dr. Ibrahim Rugova was elected President of Kosovo in March 2002 and was reelected in 2004

Dr. Ibrahim Rugova passed away on 21 January 2006 in Prishtina and was buried in Sunny Hill with the highest honors of the people Kosovo.

At the death anniversary of Ibrahim Rugova, on January 21, 2007, the President of Kosovo, Dr. Fatmir Sejdiu, awarded the historical President of Kosovo with the Order “Hero of Kosovo”, the highest distinction in our country given to Kosovar and Albanian historical figures who have done “acts of courage for the freedom and independence of Kosovo.” 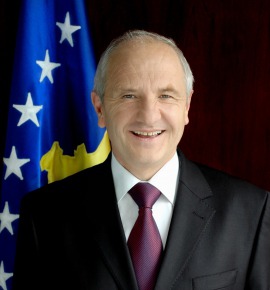 Fatmir Sejdiu was born on October 23, 1951 in Pakashtica, the municipality of Podujevo, Kosovo. He finished his primary and secondary education in Podujevo.

He graduated from the Faculty of Law at the University of Pristina, in 1974, where he finished the postgraduate studies, and has defended his doctoral dissertation.

He was professors at the Faculty of Law and at the Faculty of Political Sciences at the University of Prishtina with the call of Ordinary professor for 33 years. For in-depth studies he has stayed in France (University “Paris 2”, in 1984, the Section of History of the Institutions of Economics, Philosophy and Sociology of Law and history of political ideas) and in the USA (Arizona State University, for 4 months) and has had shorter study stays at other universities. He has published many scientific works from the legal, historical and legal-constitutional field and special books of these areas.

Fatmir Sejdiu has been participant of the establishing Assembly of the Democratic League of Kosovo (DLK) on December 23, 1989. At the first party convention, in 1991, he was elected member of the General Council and in 1992 member of the presidency of the DLK, while in 1994 Secretary General of the DLK. He also exercised this function from 2004 till 2006.

On December 9, 2006 he was elected President of the Democratic League of Kosovo, a post which he exercised until 2010.

He was a member of the Central Commission for the organization of the Referendum for the independence of Kosovo held in 1991.

On February 10, 2006, Fatmir Sejdiu was elected President of the Republic of Kosovo with two-thirds of the votes of the deputies of the Assembly of Kosovo.

He has led the Unity Team, in the negotiations before determining the final status of the Republic of Kosovo.

On November 3, 2008, President Sejdiu was honored by the President of the Republic of Albania, Mr. Bamir Topi, with the Order “Gjergj Kastrioti Scanderbeg”.

On November 5, 2008, President Sejdiu has received the Award "Honorary Citizen of Shkodra.

Likewise, in April 2011, he was honored with the title Doctor Honoris Causa from the State University of Sakaryas in Turkey.

He communicates in Albanian, French, English, Serbo-Croatian, Bulgarian, and Macedonian. He is married and has three children. He lives in Prishtina.

On September 27, 2010, he resigned as President of the Republic of Kosovo. 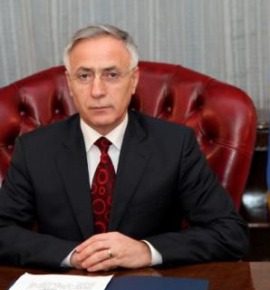 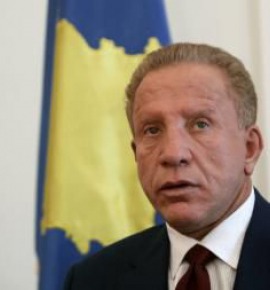 Education:  Elementary and secondary education, the Normal High School and Gymnasium in Pristina).

Other functions:
Main Sponsor of Aleksandër Moisiu Foundation; Founder of Per i Bambini Di Sakha Foundation and orphanages
Promoter and founder of: FORK – Foundation for the Organization and Reconstruction of Kosovo,  Lugano, Pristina;
Founder of Albanian Businessmen’s Union, Lugano;
2004-2007 Founder of SEED, South-East Europe Development Fund, Washington (a fund that has promoted and lobbied for independence of Kosovo);
Member Center for Strategic and International Studies (CSIS), Washington, Permanent Consultant to the Committee led by Henry Kissinger;
Founder of Ibrahim Kodra Youth Foundation, Lugano;
The New Kosova Alliance Lobbying Organization, Washington, (2005-2007);
Behgjet Pacolli Foundation, Pristina;
Founder and President of the New Kosova Alliance (AKR) political party (2007);
Member of the Assembly of the Republic of Kosovo (2007-2010);
Member of the Assembly of the Republic of Kosovo (2011).

Humanitarian activities:
1993 - Founder and sponsor of a hospital that provides care to abandoned children born with physical problems in Sakha);
1999 – In cooperation with Ms. Fanfani and Children of Peace Foundation, intervenes in providing mass relief to the displaced from Kosovo in Kukës, Ivangrad and elsewhere;
1999 – Support to hospitals in Kosovo with medicines and medical equipment;
2000-2004 – Support for building the KPC infrastructure in Pristina and supply with professional equipment;
2005 – Support for building the memorial centre in Penuhë, Podujeva;
2004 – Release of hostages in Afghanistan (Shqipe Habibi’s case);
2006 – Release of Gabrielle Torsello, a journalist that had been taken hostage in Afghanistan;
2008-2011 – Permanent lobbying for the recognition of Kosovo as an independent state (over 20 recognitions);
2007 – Contribution to the release of 23 Korean hostages in Afghanistan;

Some activities carried out by the Behgjet Pacolli Foundation: planning, sponsoring and financing the entire structure of the American University in Kosovo (AUK);
Sponsoring the expansion of the Faculty of Philology in Pristina;
Sponsoring cultural and heritage projects in Kosovo;
Sponsoring sports in Kosovo;
20 regular scholarships (in Kosovo and abroad);
Complete contribution for the construction of shelters for poor families;
Assistance in sending dozens of patients abroad for medical treatment per year;
Social assistance to invalids and persons in need (monthly payments);
Construction of Ibrahim Kodra Museum in Pristina (in progress);
Daily assistance to the people in need; 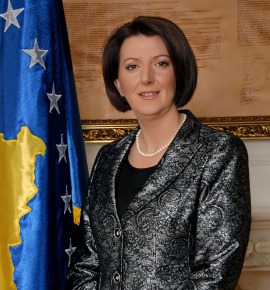 President Atifete Jahjaga was born on the 20th of April 1975 in Rashkoc – Gjakova. Mrs. Jahjaga was Deputy General Director of the Police of Kosovo from february 2009 until her election as President of the Republic of Kosovo, on April 7, 2011. Since the establishment of the Kosovo Police in early 2000, initially she served as a policeman, progressing at a regional level and that of the General Headquarters.

Currently she is continuing master studies in the direction of International Relations at the Faculty of Law of the University of Prishtina. As an addition to these studies she has attended professional and research programs at the European Centre for Security Studies “George C. Marshall” Germany, at the National Academy of the FBI in the U.S.A. and at the Department of Justice in the U.S.A. 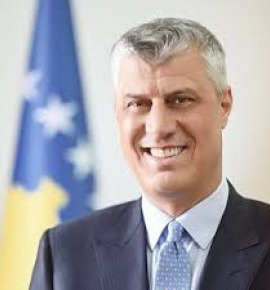 Hashim Thaçi has declared Kosovo an independent state on 17 February 2008, and he also led the Kosovo team in the Rambouillet negotiations in February 1999 and he was the Political Chief of the Kosovo Liberation Army during the war in 1997-1999.

Thaçi was the most voted political leader in the elections of 8 June 2014.

As the Prime Minister of Kosovo, Hashim Thaçi led the political dialogue between the Republic of Kosovo and the Republic of Serbia, which on 19 April 2013 resulted with the signing of the Agreement on Normalization of Relations between Kosovo and Serbia.

For his engagement for peace and stability, Hashim Thaçi was nominated in 2014 for the Nobel Peace Prize, by American Congressmen and Senators, as well as by representatives for European Parliament.

Hashim Thaçi’s political career began with his engagement in the People’s Movement of the Republic of Kosovo (LPK), a political movement that aimed emancipation of the position of Albanians in the Former Yugoslavia.

In 1991, Thaçi was elected as the Student Deputy Rector of the University of Prishtina, where he contributed in structuring and developing of the parallel university education process.

Hashim Thaçi is one of the founders of the political-military organization, the Kosovo Liberation Army (KLA).

Since 1997, Hashim Thaçi was the Chief of the Political Directorate of Kosovo Liberation Army. Moreover, he chaired the Kosovo delegation in the International Conference held in Rambouillet, France, from 6 until 22 February 1999.

After the war, Hashim Thaçi was the Prime Minister of the Provisional Government of Kosovo in the period 1999 – 2000.

Hashim Thaçi was the member of the Interim Administrative Council (IAC), which was a joint governing structure of the UN Mission in Kosovo (UNMIK) and the Kosovo political spectrum, until 2001 when the first parliamentary elections were held in post-war Kosovo.

Hashim Thaçi was a member of the Unity Team, which represented Kosovo in the negotiation process during 2005-2007, led by the UN Special Envoy, President Martti Ahtisaari, which negotiated Kosovo's political status.

Following the victory of the Democratic Party of Kosovo in the parliamentary elections held on 17 November 2007, Hashim Thaçi was elected as the Prime Minister of the Republic of Kosovo. On 17 February 2008, Prime Minister Hashim Thaçi, in the Assembly of Kosovo, declared Kosovo an independent state.

Thaçi is the first Prime Minister of the Government of Republic of Kosovo.

Thaçi speaks English and German language
He was born on 24 April 1968 in the village of Buroje, Skenderaj.


He lives in Prishtina, Kosovo, with his wife Lumnije and son Endrit. 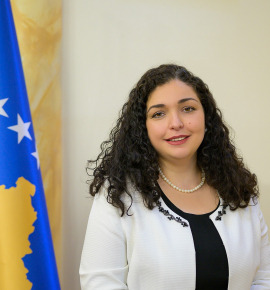 During 2006-2010, Vjosa Osmani served as Chief-of-Staff to the President Sejdiu and Senior Advisor on Legal Affairs and Foreign Affairs. She has represented the President in the Commission for the drafting of the Constitution of the Republic of Kosovo. She was a member of the team of the Republic of Kosovo in the case before the International Court of Justice regarding the declaration of the independence of Kosovo.

She speaks English, Turkish, Serbo-Croatian and communicates in Spanish. She is married to Prindon Sadriu and have twin daughters, Anda Elisa Sadriu and Dua Tiara Sadriu. She lives in Prishtina. 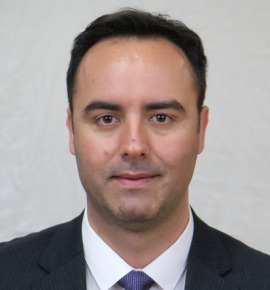 Glauk Konjufca was born in July 1981, in Prishtina. He majored in Philosophy at the Faculty of Philosophy, University of Prishtina.

In the elections of October 2019, Mr Konjufca was elected MP and on 26 December of the same year, he was nominated and elected Speaker of the Assembly of Kosovo until 3 February 2020. Upon formation of the Kurti's Government, Glauk Konjufca was appointed Minister in the Ministry of Foreign Affairs and Diaspora until June 2020.

He is married and has two children.