Address by the Acting President of the Republic of Kosovo, Dr. Vjosa Osmani

Address by the Acting President of the Republic of Kosovo, Dr. Vjosa Osmani 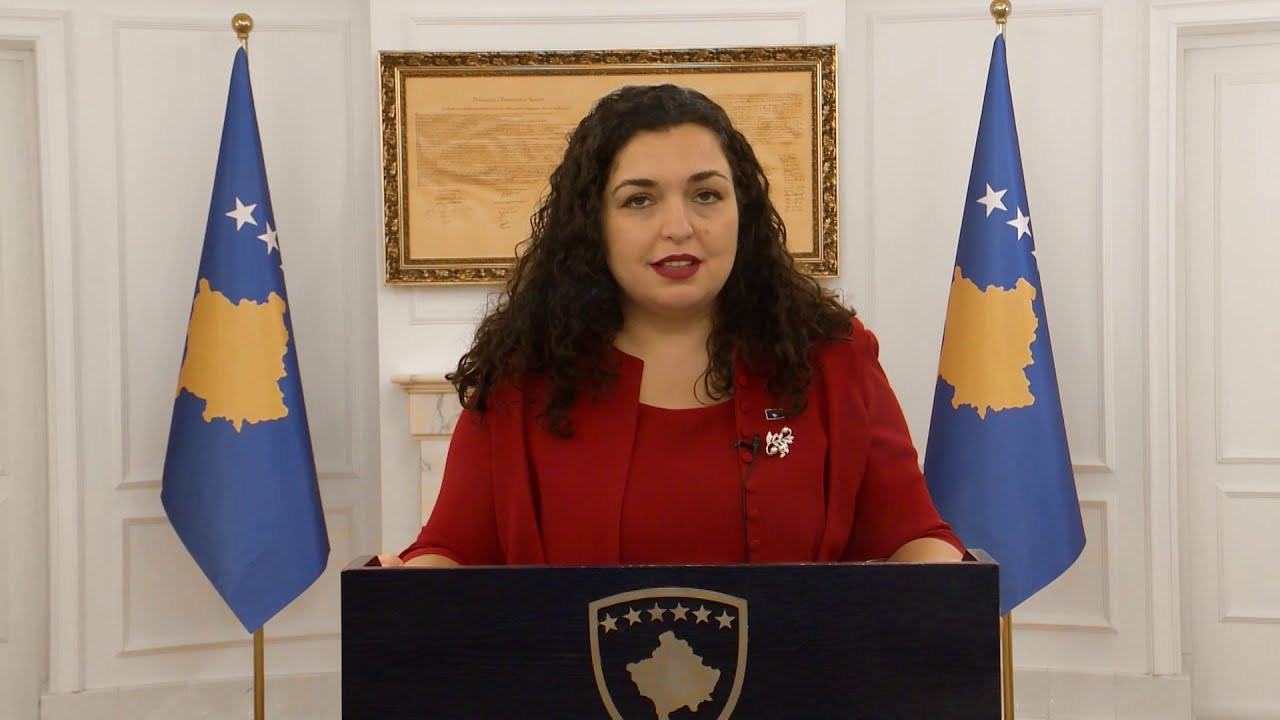 Dear citizens of the Republic of Kosovo,

Our country is going through tough times.

Citizens of Kosovo must demonstrate unity and loyalty towards our common project, towards our Republic.

Our country has overcome many a challenges throughout our history, including the last war.

For this reason, we must exercise with maturity our institutional responsibilities and strengthen the resilience of our state, as our state also gains strength even when challenged and when those challenges are overpassed with dignity.

We are aware that the actions of the Specialised Chambers are a consequence of state obligations, which Kosovo has agreed upon.

The processes which follow do not harm our national project of freedom, which is built upon the sacrifice of many generations and the flowing blood of the soldiers of our liberating Army.

I would like to express my praise for all those who have shown the determination and trust in our institutions and have responded positively to the invitation issued by the Specialised Chambers, demonstrating thus their unwavering trust in justice.

The battle for state building is the most difficult of political battles, therefore, erudition and wisdom, both traits of our tradition, are more than necessary at this moment. These times require strong leadership and a unified state response.

Today, when our country is also facing the pandemic, we need solidarity and understanding with one another.

As the Acting President, I am determined to exercise my function by promotion of these exact same values.

In this journey, as until now, I will engage each and every day in order for Kosovo to become a state in which the dreams of its citizens become reality, where equal opportunities in all field are available to everyone. I will ensure that my voice joins the voice of the citizens and its echo sounds louder than ever.

And therefore, I would like to ask of you as citizens of this country dedicated to democratic values, to stand very close to each other, in order to prove that we understand and share these values with one another.

I am convinced that as a country and as united we shall stand tall.

Our engagement for a state of law has brought us in front of many challenges, but we have not given up on our dedication to the consolidation of the state and to the nurturing of the democratic values. Irrespective of challenges, we have stood in confidence of our belief, which I call upon you to demonstrate once again at these difficult moments.

We have kept alive this hope and this belief even at times when we had been victims of a grave aggression.

Serbia has killed over 13 thousand people in Kosovo, of which 1113 were children, more than anywhere per capita than in all the wars which took place in the territory of former Yugoslavia.

Viable peace in our region therefore requires that the aggressor is not equated with the victim.

We, the Albanians of Kosovo have been a victim of the hegemony of a genocidal state. It was Serbia the state which committed these crimes. We must say this each and every time, with a loud voice, here and everywhere.

As the Acting President, I will guarantee the democratic functioning of the institutions, I will preserve the institutional cohesion as well as the unity and the stability of the country

May God bless Kosovo, its people and its friends!