President Vjosa Osmani, via a letter, informed the EU High Representative for Foreign Affairs and Security Policy, Josep Borrell Fontelles on the extension of the EULEX mandate for another year. 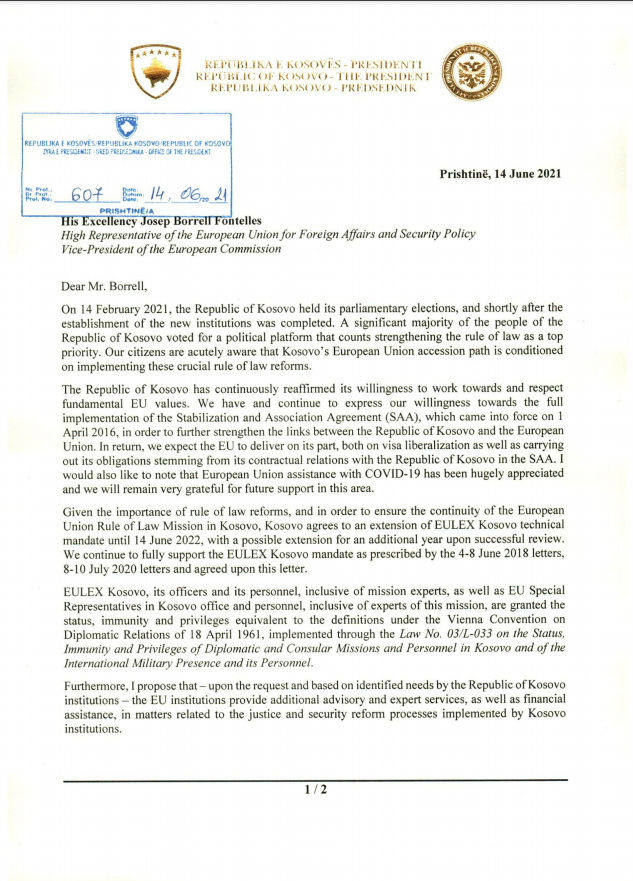 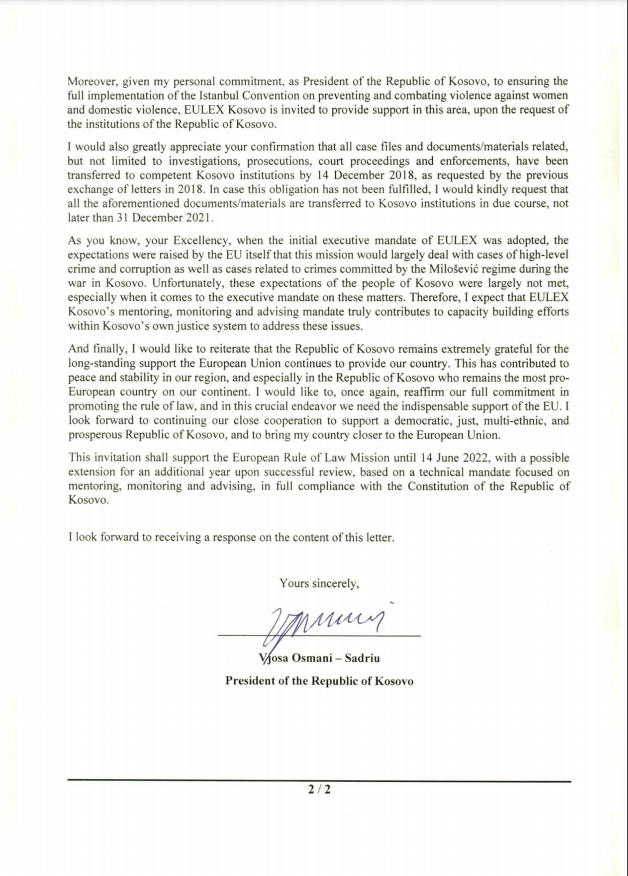