The Acting President of Kosovo Dr. Vjosa Osmani was received by the Speaker of the Albanian Parliament Mr. Gramoz Ruçi

Osmani: The Albanian Parliament to speak loudly about Serbia's crimes in Kosovo 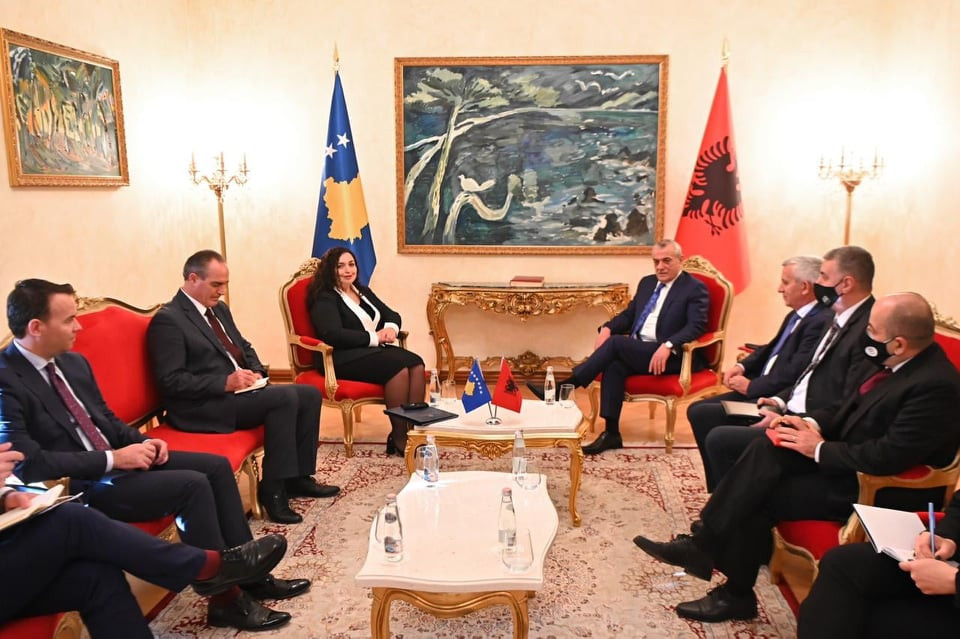 Acting President Osmani asked her counterpart Ruçi that the Albanian Parliament takes a stand on Serbia's crimes in Kosovo.

"The example of the Assembly of Kosovo should be followed –it has adopted a Resolution which calls for the condemnation of the Serbian genocide in Kosovo.

Today, the dialogue with Serbia is still unfinished and we are determined to dialogue only about mutual recognition, respecting the territorial integrity and sovereignty of the state, recognizing and accepting the inviolability of the territory, constitutional regulation and the level of political organization. Kosovo cannot reward Serbia with its territory or with other concessions for the genocidal policy that Serbia had towards us. Serbia must repent, apologize and be punished. And must not be rewarded, "stated the Acting President Osmani.

Further on Ms. Osmani stipulated the role of the Assembly of Kosovo in the cooperation with the Assembly of Albania and asked for support and sharing of experiences in the process of European integration.

"We must increase the cooperation and coordination between the two Assemblies in function of inter-parliamentary exchanges and of the development of parliamentary diplomacy", said Mrs. Osmani.