President Thaçi: Gratitude for Turkey’s support in both good and bad times 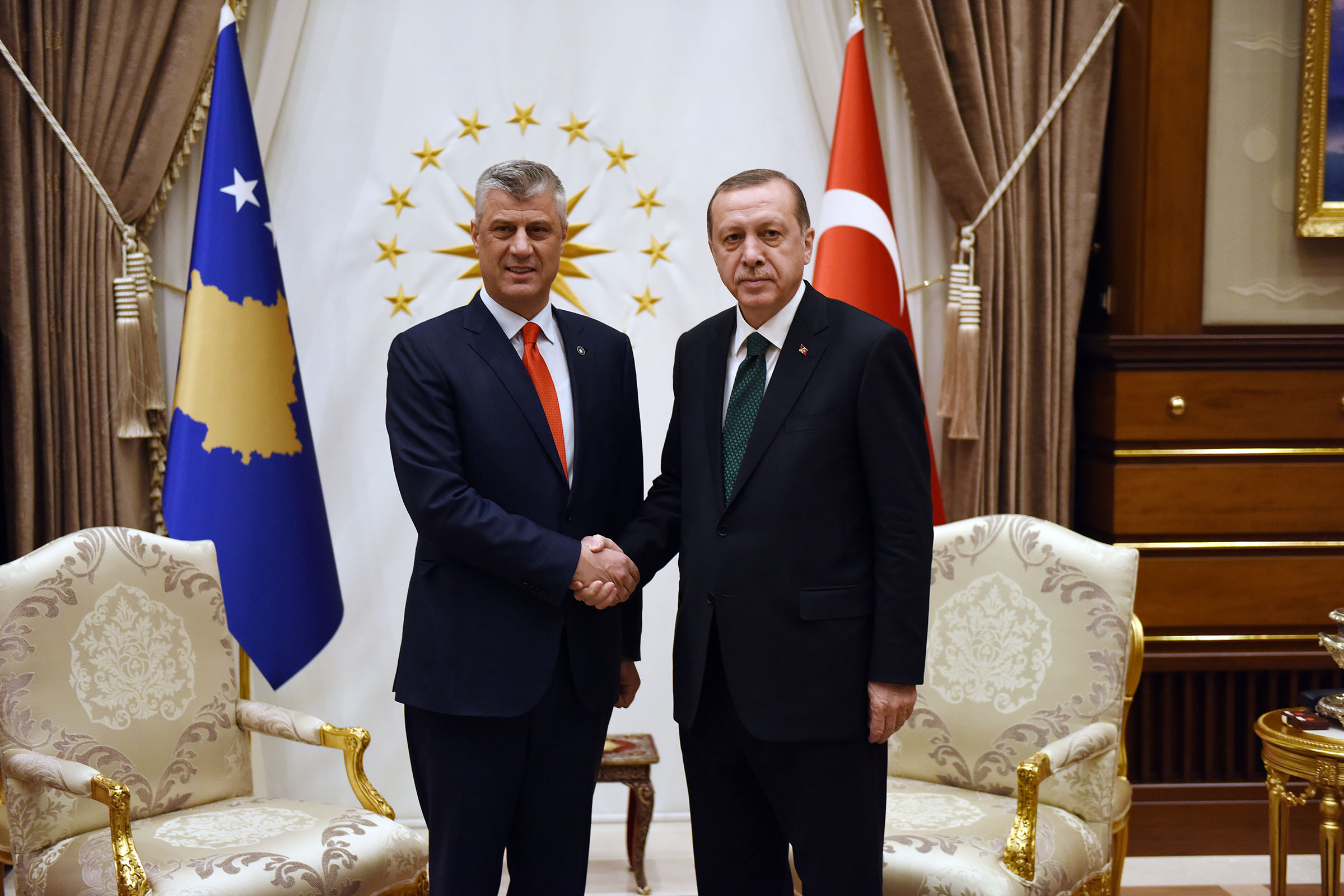 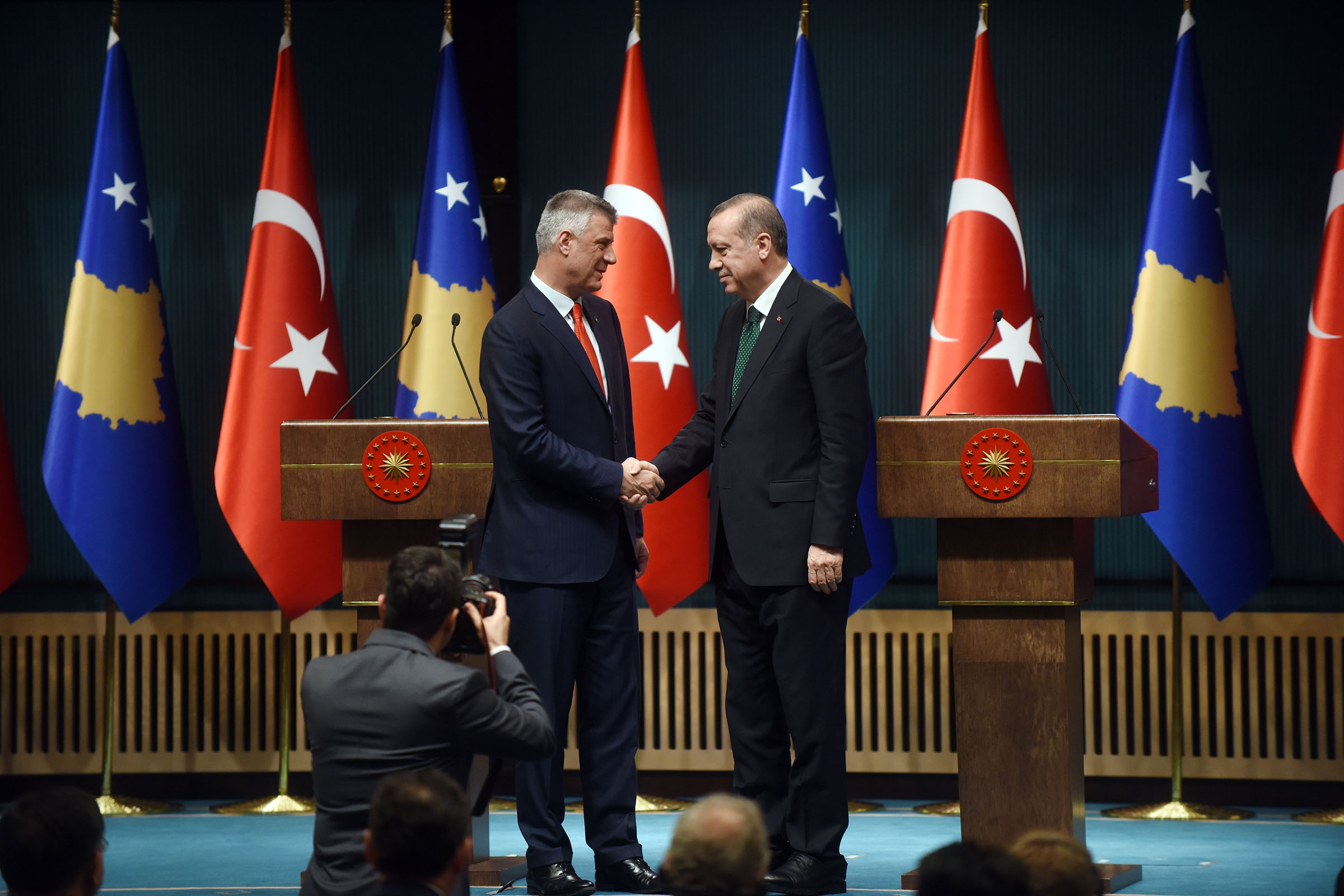 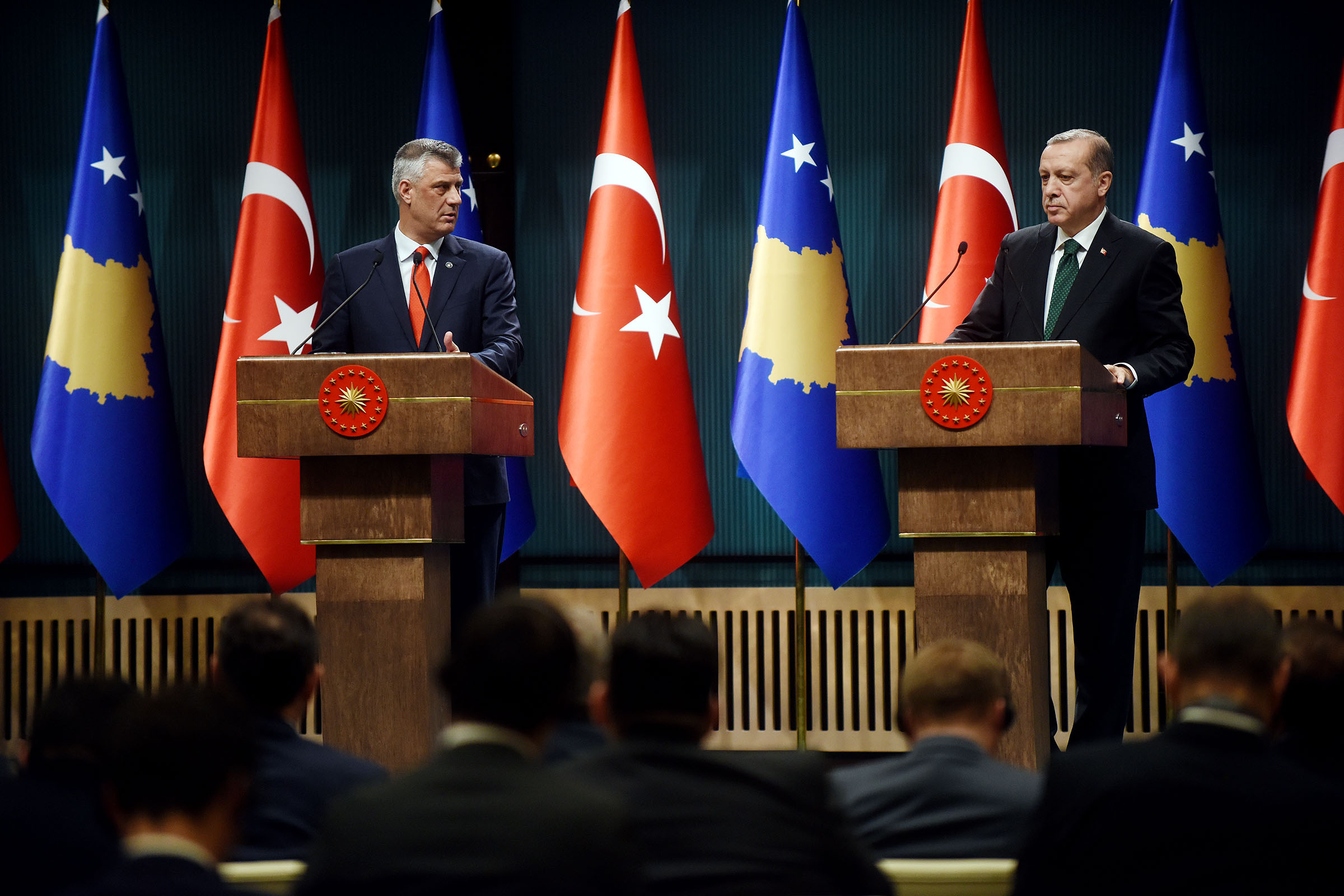 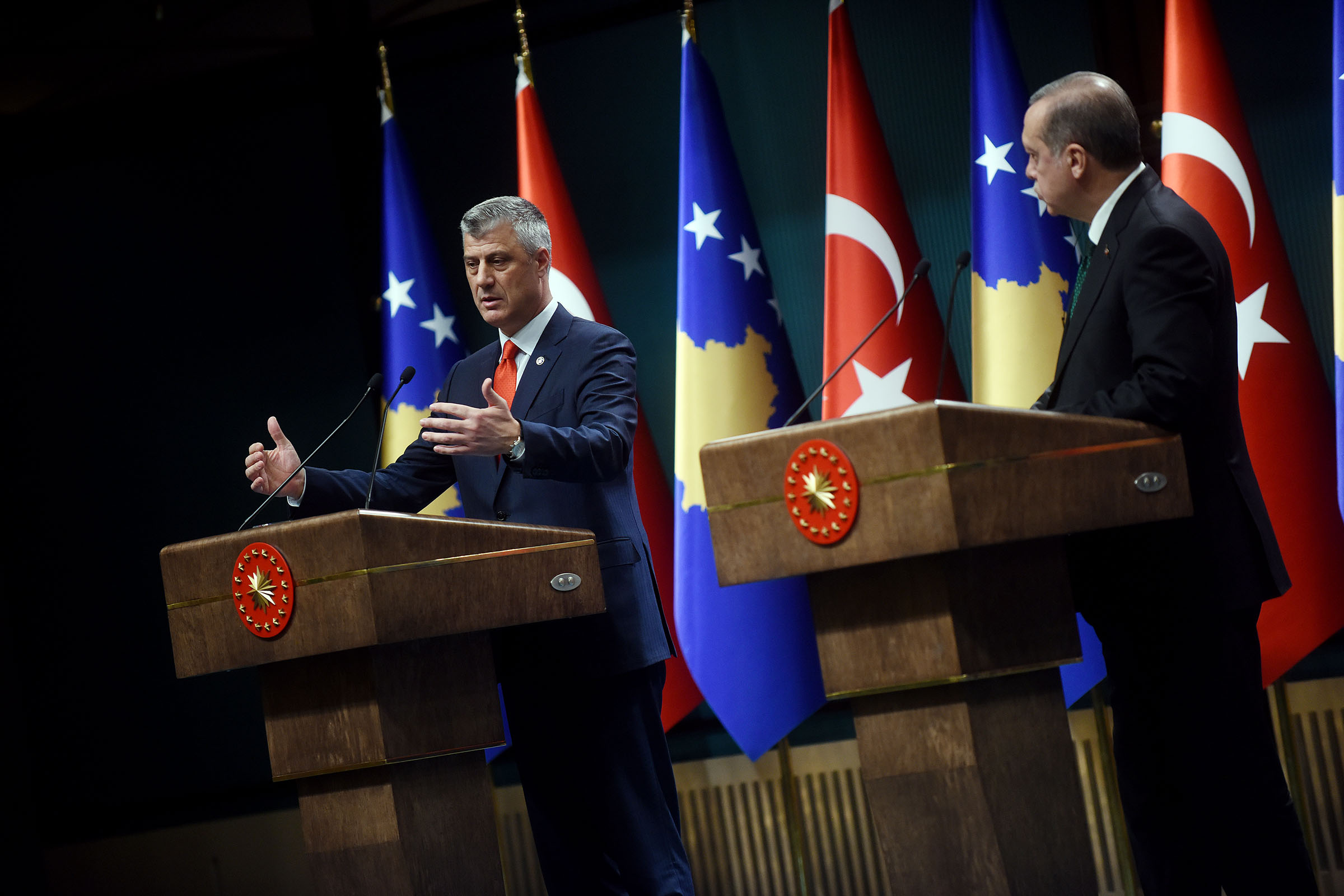 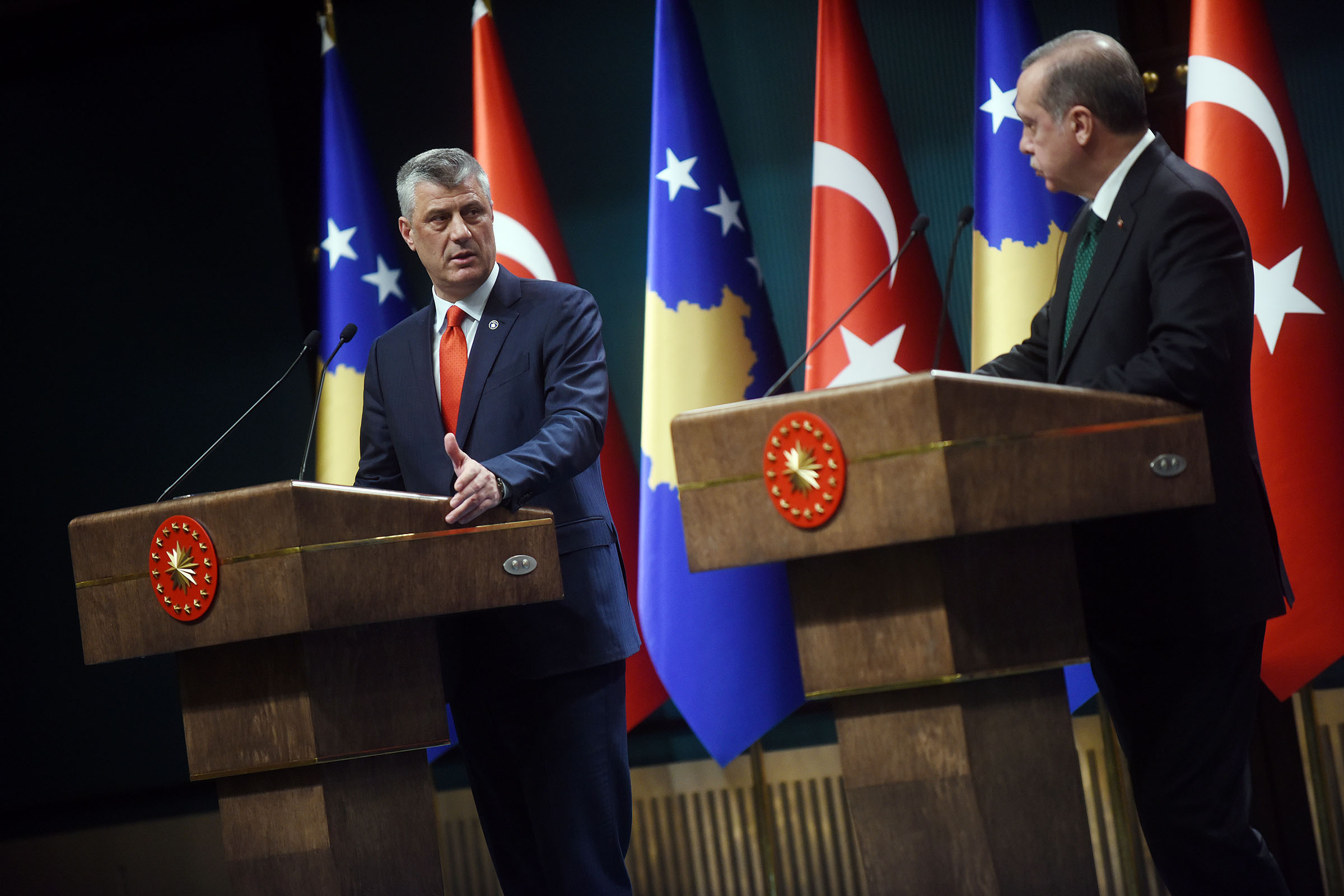 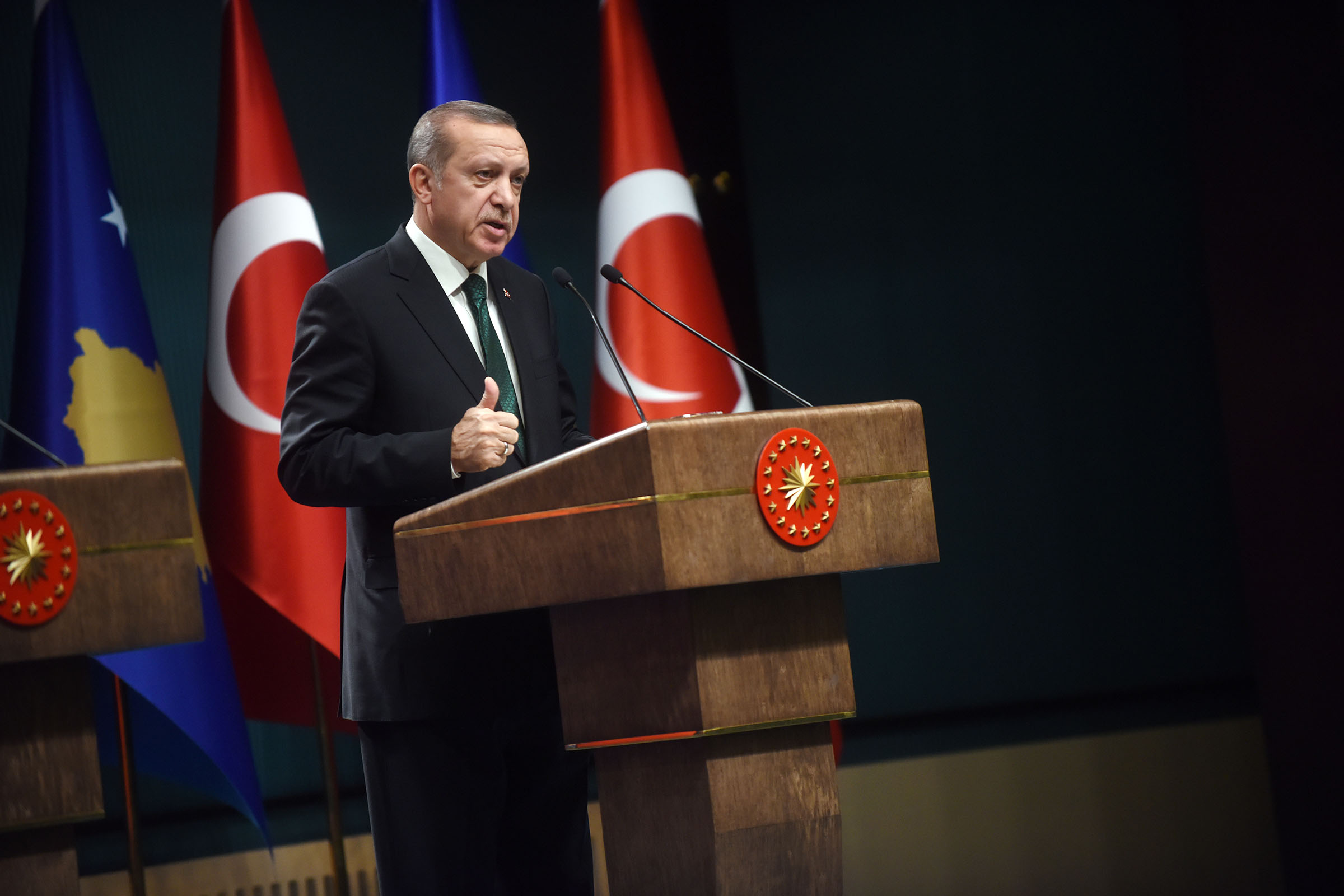 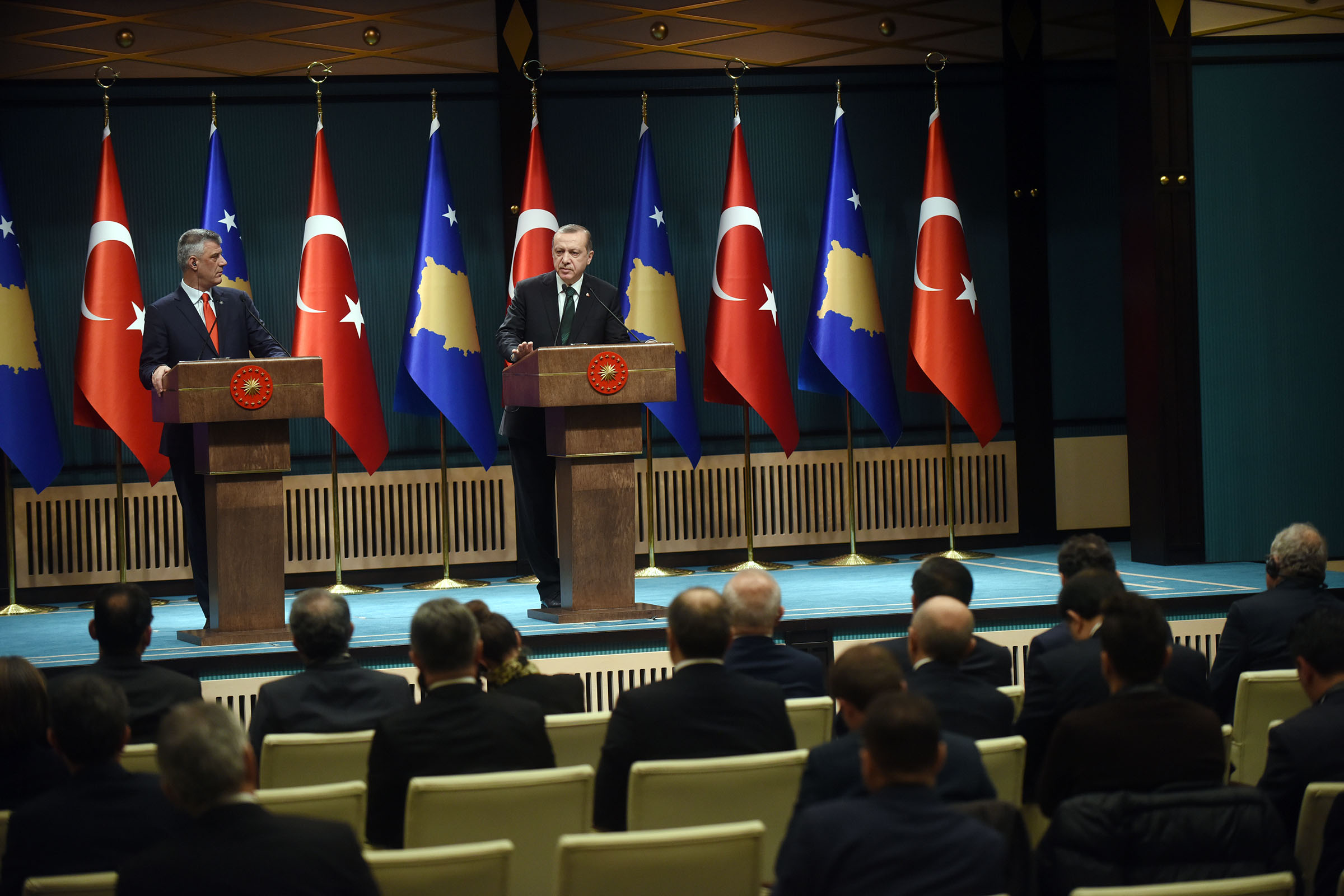 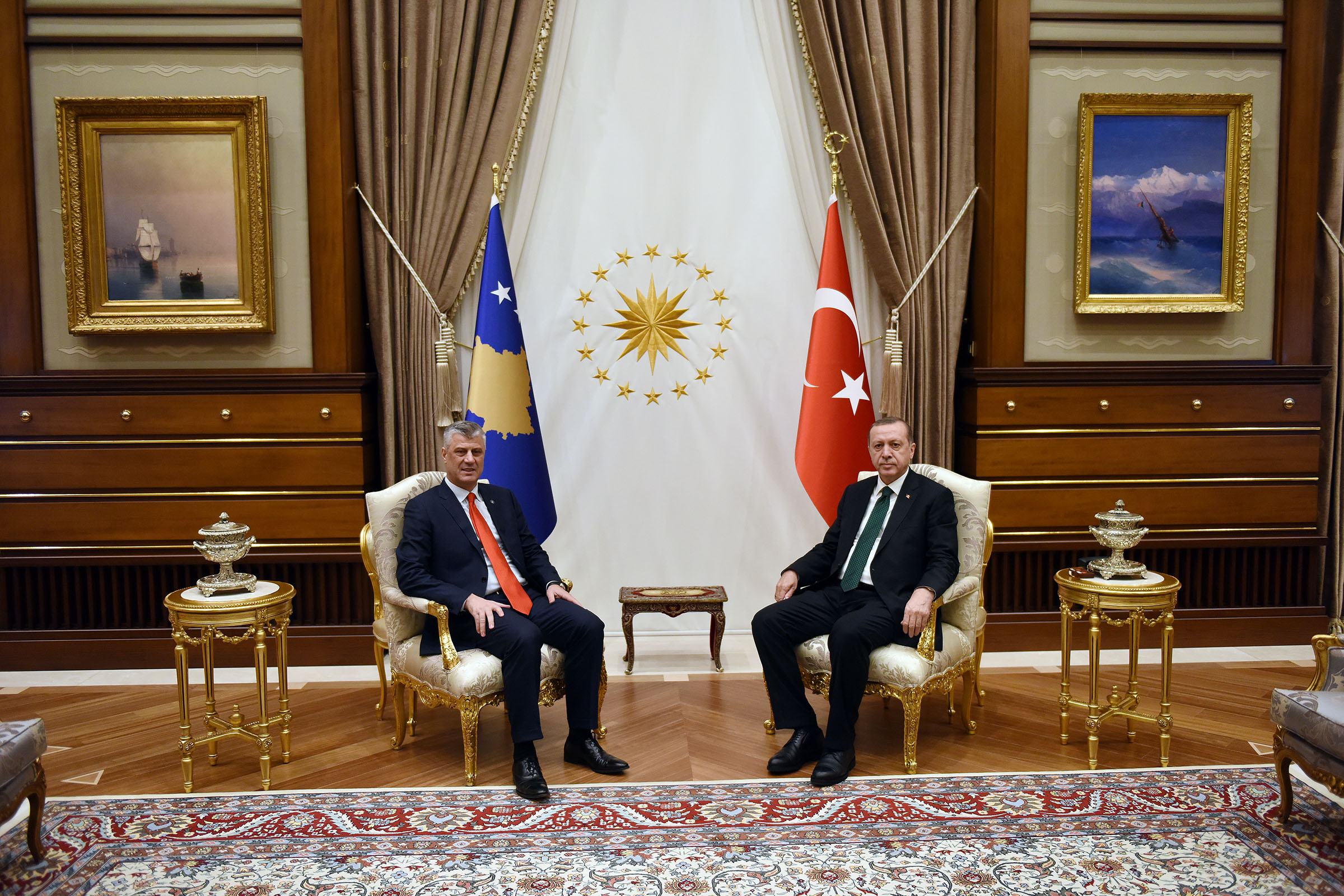 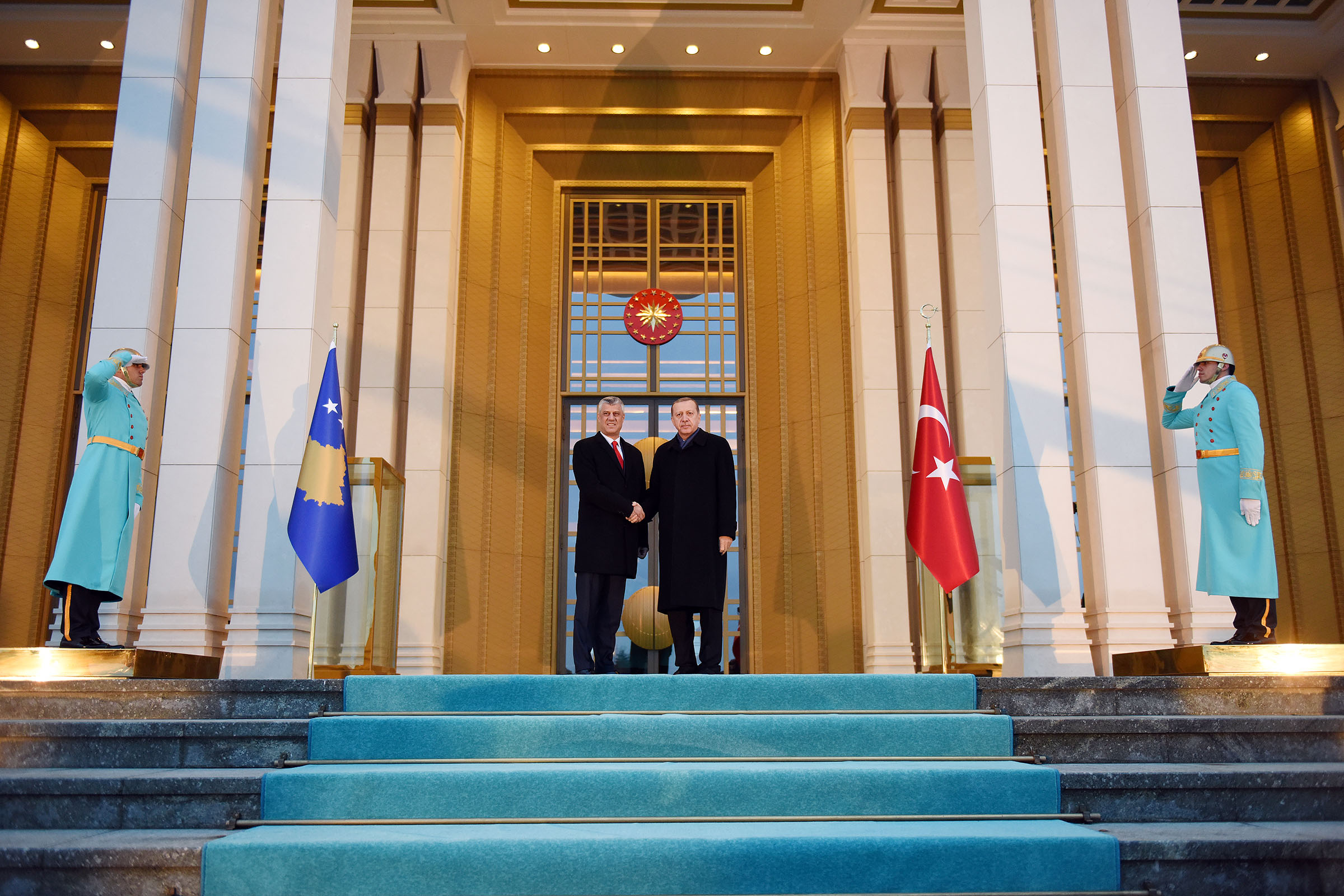 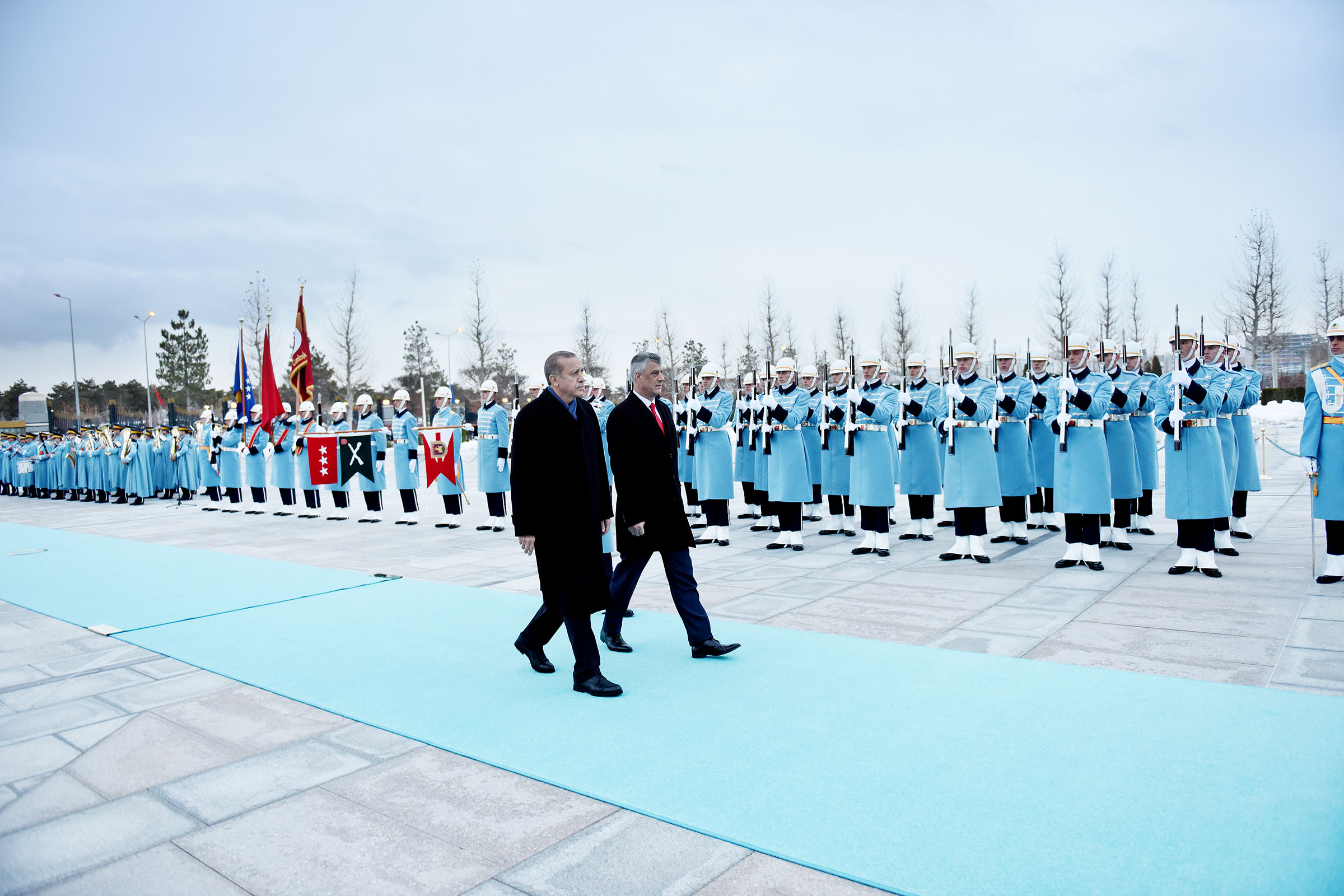 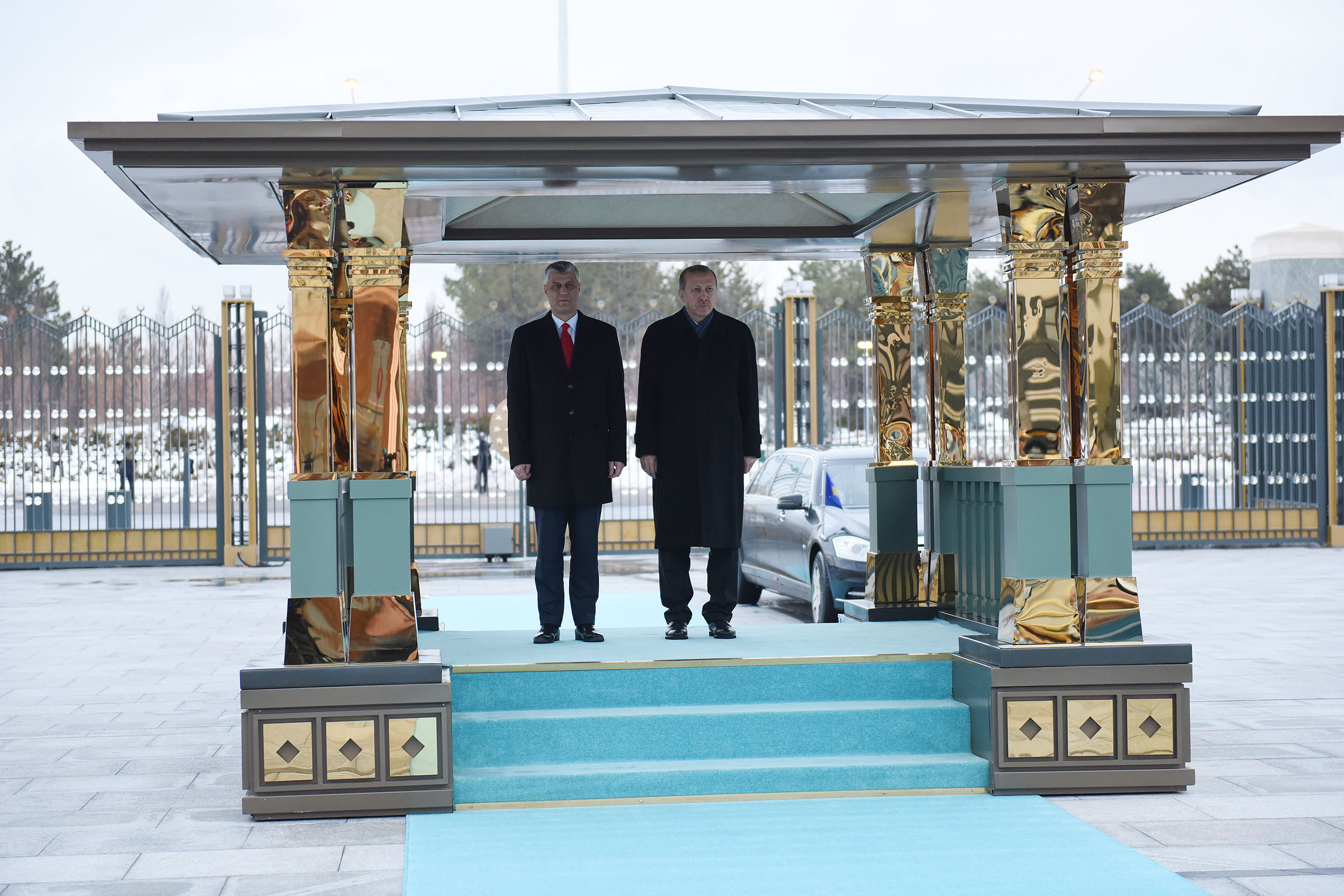 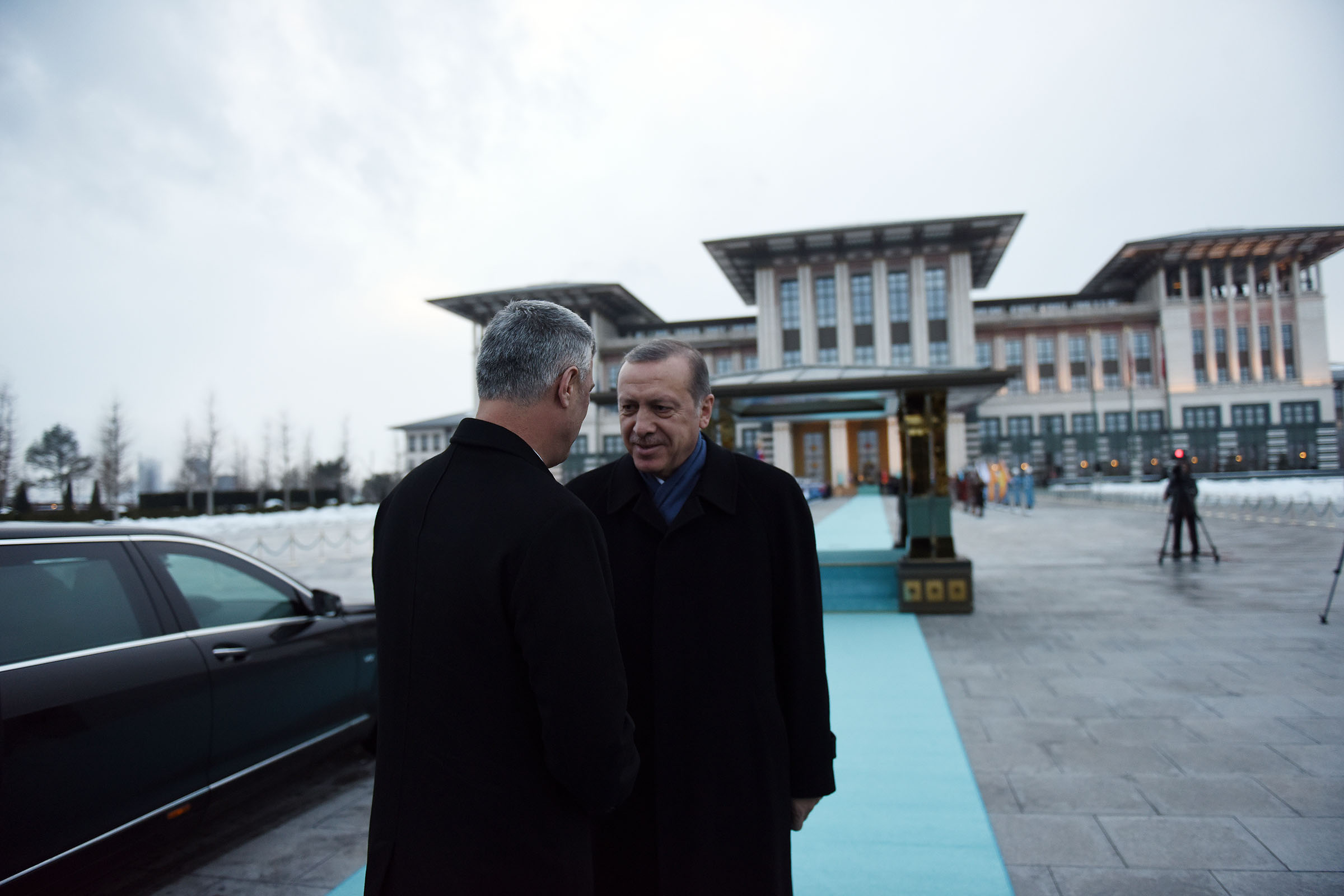 The facts that Kosovo and Turkey enjoy strategic cooperation and that both states aim to further expand this cooperation were once again reiterated at this meeting.

President Thaçi was received with the highest state honours at the Presidential Palace in Ankara. Jointly with President Erdoğan, they honoured the military guard prior to the commencement of the meeting.

At the meeting of two delegations, President Erdoğan wished a warm welcome to President Thaçi and expressed his contentment with “Turkey’s permanent support for Kosovo and with the continuity of such a support”.

President Erdoğan informed the visiting delegation with the attempted military coup of July 15th of this year and Turkey’s endeavours to prevent all types of terrorism.

President Erdoğan also mentioned the economic cooperation between the two countries, and added that “we encourage Turkish businesses to invest in Kosovo”.

President Thaçi confirmed Kosovo’s condemnation of the attempt to in violent manner seize the power in Turkey and pointed out that “tanks and violence cannot tread upon the will of the people, upon people’s verdict expressed at elections”.

The Head of State of Kosovo said that he is” grateful to Turkey being side by side with Kosovo in bad times, and at good times as well” and Turkey’s current help in provision of further recognitions of the state of Kosovo and its membership in international organizations.

Kosovo and Turkey also enjoy good cooperation in the field of security, in joint fighting of threats of extremism and radicalism.

President Thaçi said that “Kosovo is closely observing the developments related to “Gűlen” movement and stated that our “strategic cooperation will not be touched upon”.

In relation to being in favour of expansion of cooperation in all fields, President Thaçi called for this cooperation to be augmented, particularly in the field of economy.

After the meetings, both presidents addressed the media.

“Terrorists are all the same, be they in Ankara, in Prishtina, in Brussels, in Berlin or New York or Washington”, said President Thaçi and added that Kosovo remains determined to “uncompromisingly fight all types of radicalism and extremism”.

“We can win the war on extremism, radicalism and terrorism only by working together” said President Thaçi at the end.