President Thaçi departs for a state visit to Turkey

Pristina, December 28, 2016 – At the invitation of the Turkish President, Recep Tayyip Erdoğan, President Thaçi departed today for a state visit to Turkey. 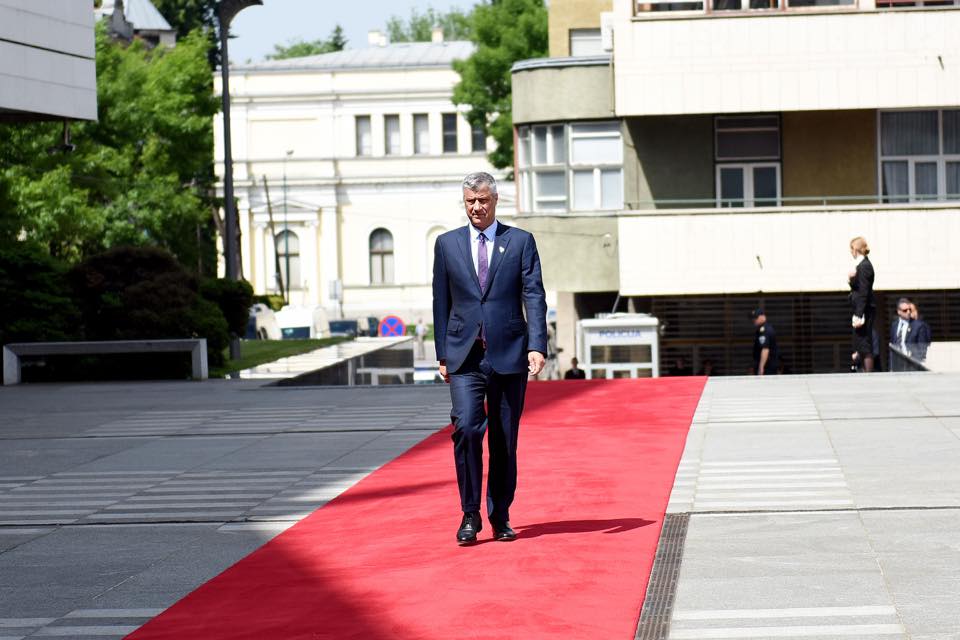 President Thaçi will be received with a state ceremony at the Presidential Palace, where he initially will develop a meeting with his Turkish counterpart, and later also bilateral talks together with the official delegations.

The Head of State will also meet with the Prime Minister of the Republic of Turkey, Binali Yildirim, and the Speaker of the Grand National Assembly, Ismail Kahraman.

During the state visit to Turkey, the President of the Republic of Kosovo, Hashim Thaçi, will place wreaths of flowers at the Ataturk Mausoleum, the Turkish Parliament and at the place of the terrorist attack in Beşiktaş, Istanbul.

Also, President Thaçi will hold a lecture at the TOBB University in Ankara.