Prishtina, May 14th, 2018 – President of the Republic of Kosovo, Hashim Thaçi, attended today the Memorial Academy held on the 20th death anniversary of heroes Bahri Fazliu and Agron Rrahmani. 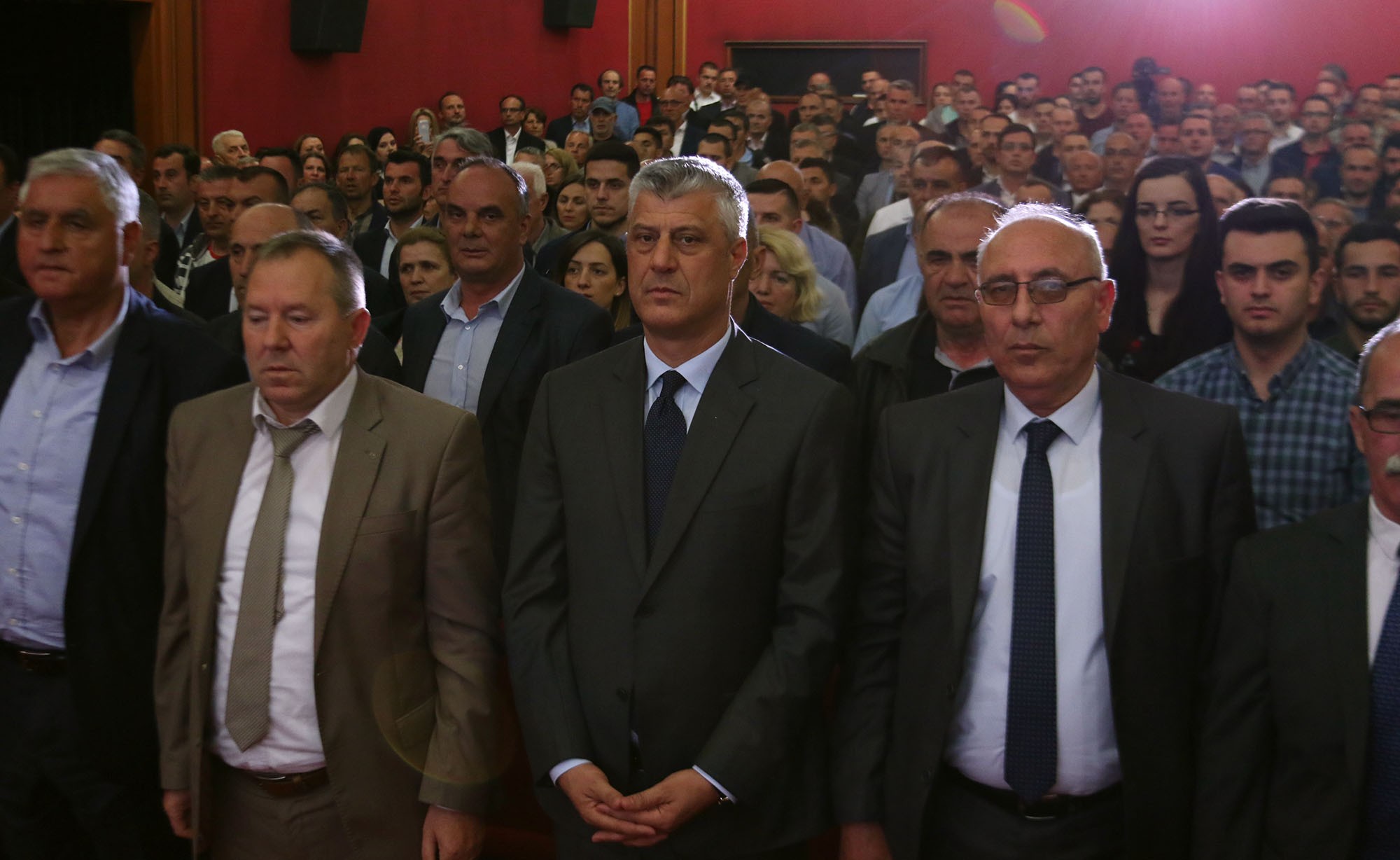 President Thaçi said that he has known Bahri Fazliu since the end of 1989, few days after the heroic death of his brother Fahri.

“At that time, The Popular Movement for the Republic of Kosovo was the only anti-Serbian political organisation of Albanians in former Yugoslavia. It is an utmost honour for me to have known and collaborate with Bahri Fazliu and Afrim Zhitia. I met them through Kadri Veseli, at one of the illegal basis in Prishtina, at the beginig of autumn, 1989. Bahri was young, energetic, intelligent and much attached to the Popular Movement. He was also strongly attached to the books and theories of the liberation wars”, said President Thaçi.

He also added that he became acquainted with Agron Rrahmani during their student days.

“Agron was taciturn, well-educated and very brave. At the beginning of the 90’s, illegal organisation weakened. We used to hold meetings at Bahri’s house. We would speak about the need for the reorganisation of the clandestine movement in our fight against Serbia. At the summer of 1993 we were forced to go into hiding, Bahri, Agron, myself as well as many other activists” said President Thaçi.

The head of state said that Bahri and his friends in ideals had also begun preparations for the publishing of the “Clirimi” newspaper, while liberation activities had already commenced in Drenica against Serbian army and police forces.

“Bahri was concurrently working in Prishtina, inn Tirana and would at the same time coordinate the diaspora in the West. Agron was always by his side. At the beginning of spring 1998, all joined forces with the Kosovo Liberation Army. This was also Bahri’s and Agron’s aim, the unification of all forces against Serbia”, added the President.

President Thaçi also stated that Bahri and Agron are amongst the brightest figures of the national movement.