President Osmani was received by the President of Lithuania Gitanas Nausėda 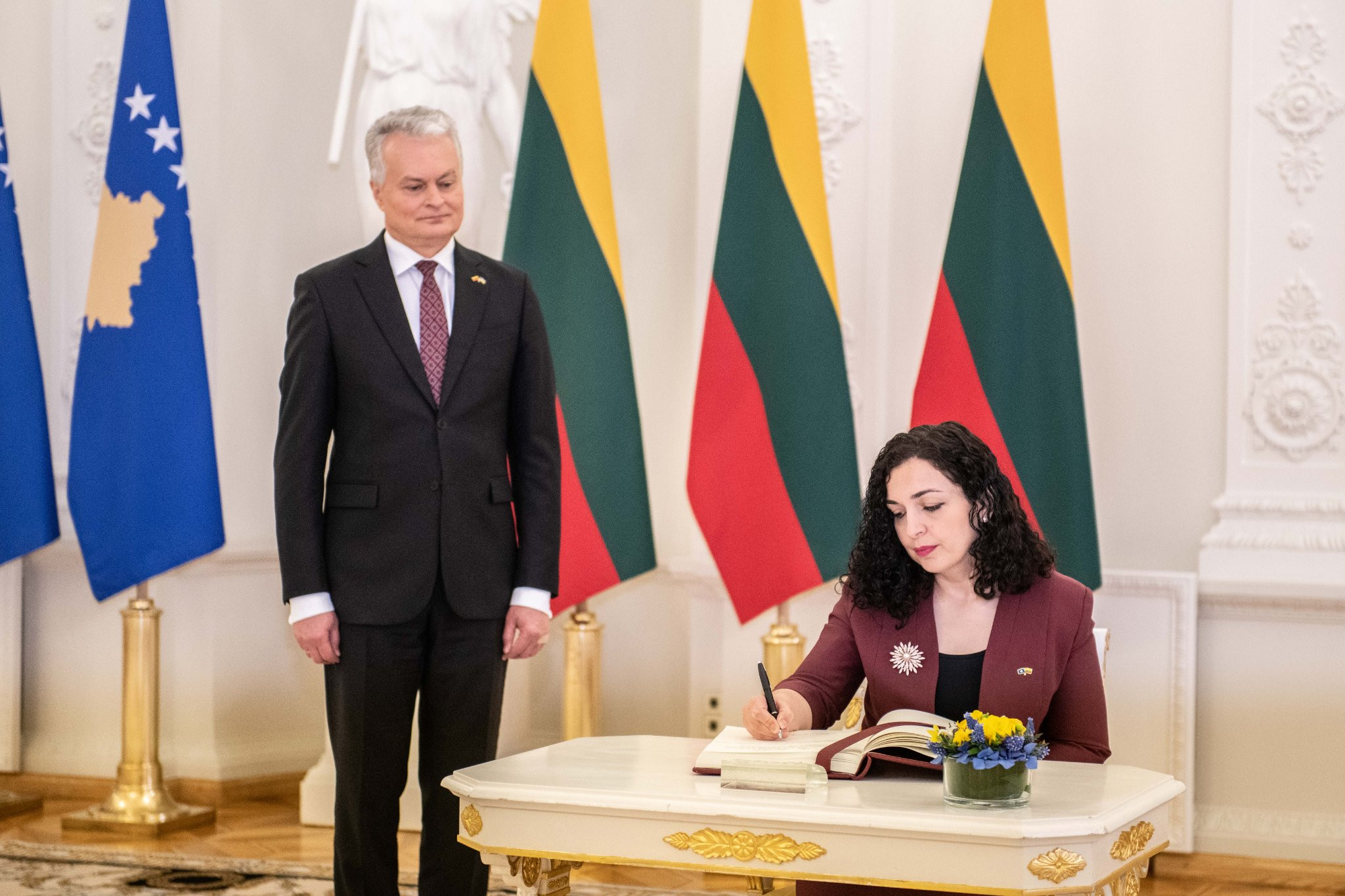 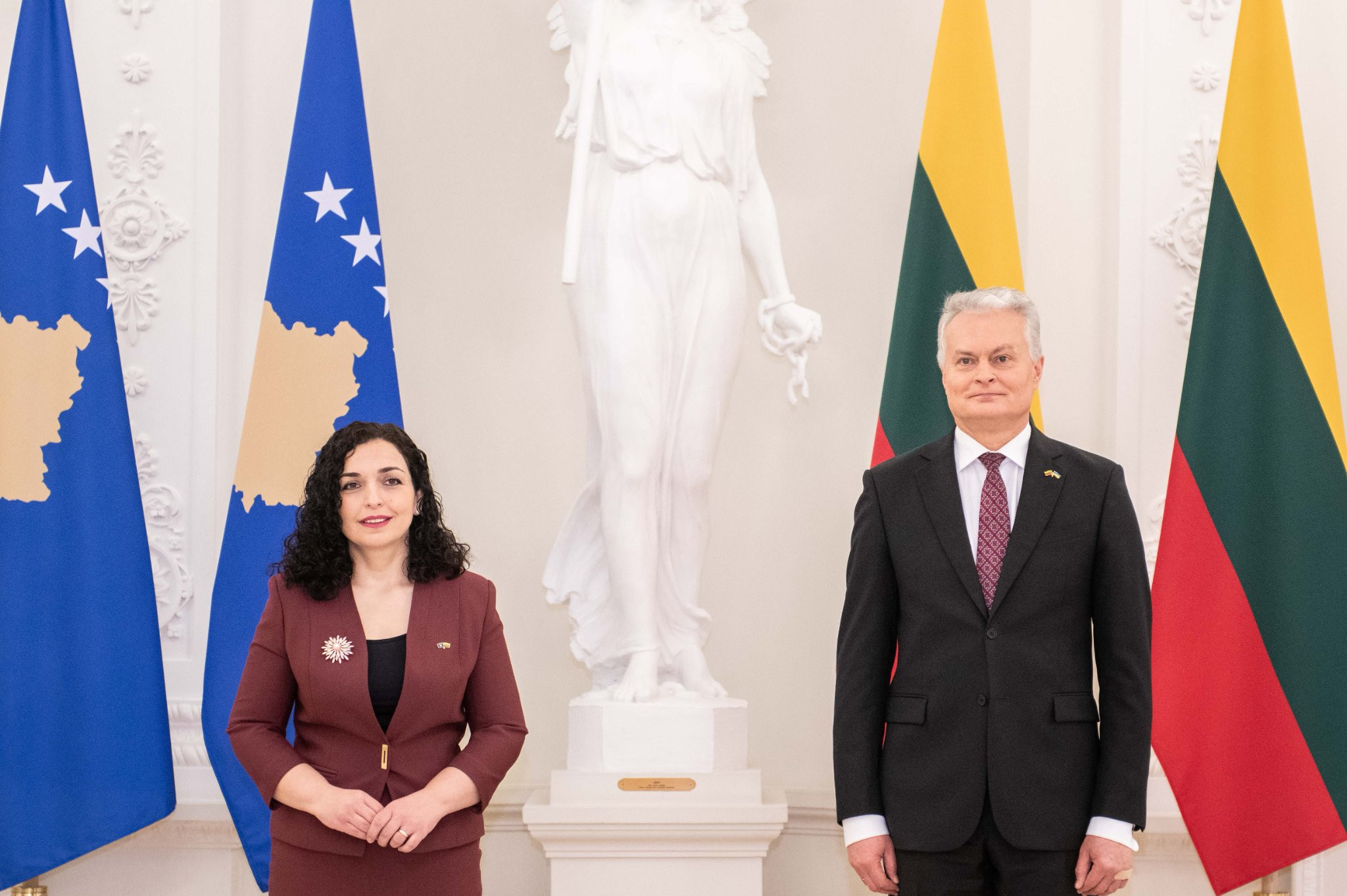 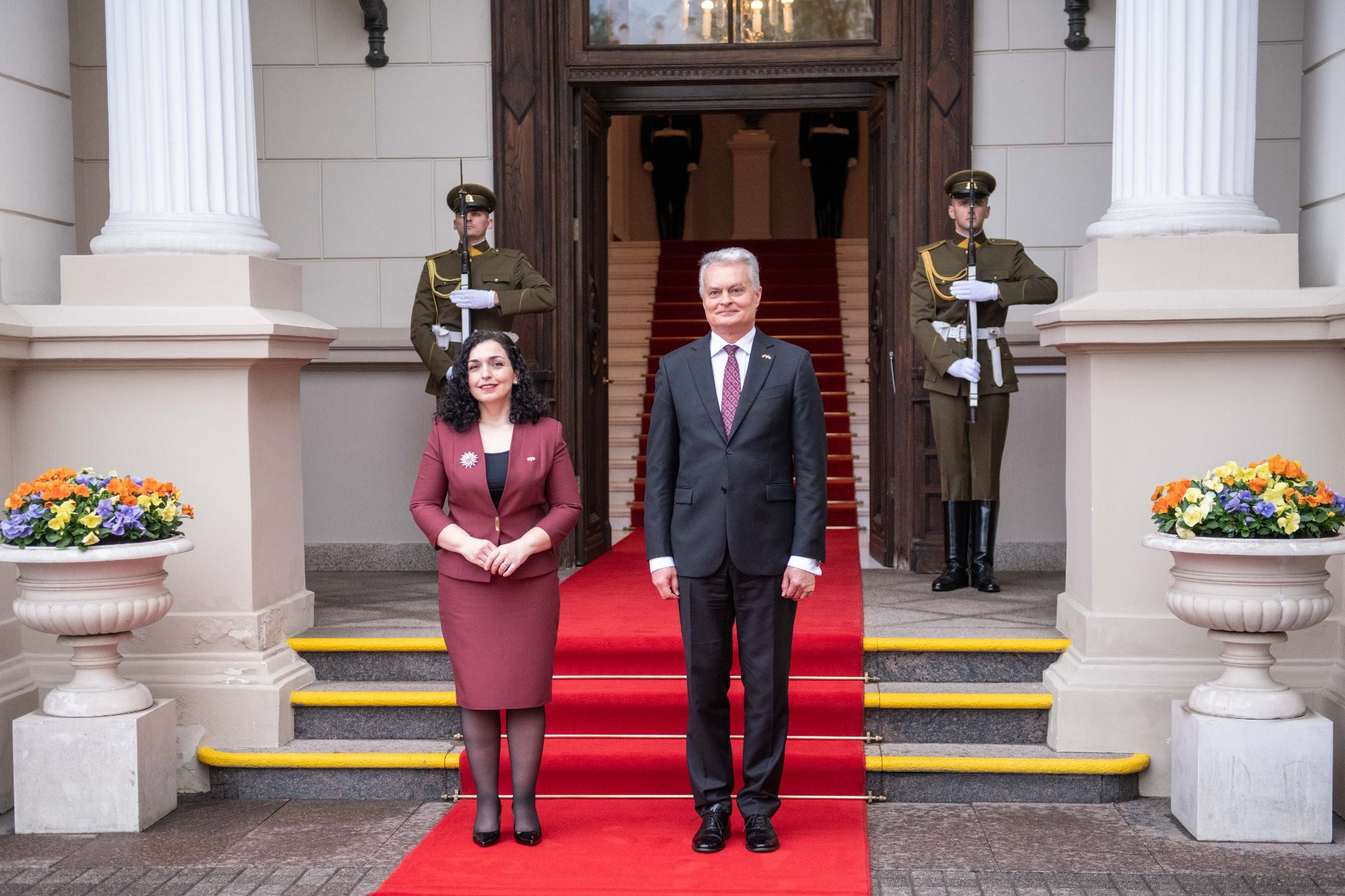 President Osmani mentioned the long history of our peoples in the courageous resistance against the occupiers as well as the contribution of our countries to a more peaceful and secure Europe.
"Today Lithuania supports Kosovo in its Euro-Atlantic aspirations and in the process of membership in international organizations, while we jointly stand against Russia's genocidal war in Ukraine," said President Osmani.
The two presidents also discussed cooperation in the fields of defense and security as well as opportunities to increase trade exchanges. President Osmani informed her counterpart of Kosovo's application to the Council of Europe, asking for Lithuania's support in this process as well as for Kosovo's integration into the EU and NATO. President Nausėda reiterated Lithuania's strong support for Kosovo's independence and territorial integrity, as well as for our country's Euro-Atlantic integration.
During her stay in Lithuania, President Osmani will also meet with the Prime Minister of the country Ingrida Šimonytė and the Speaker of Parliament  Viktorija Čmilytė-Nielsen, as well as hold other meetings and activities.